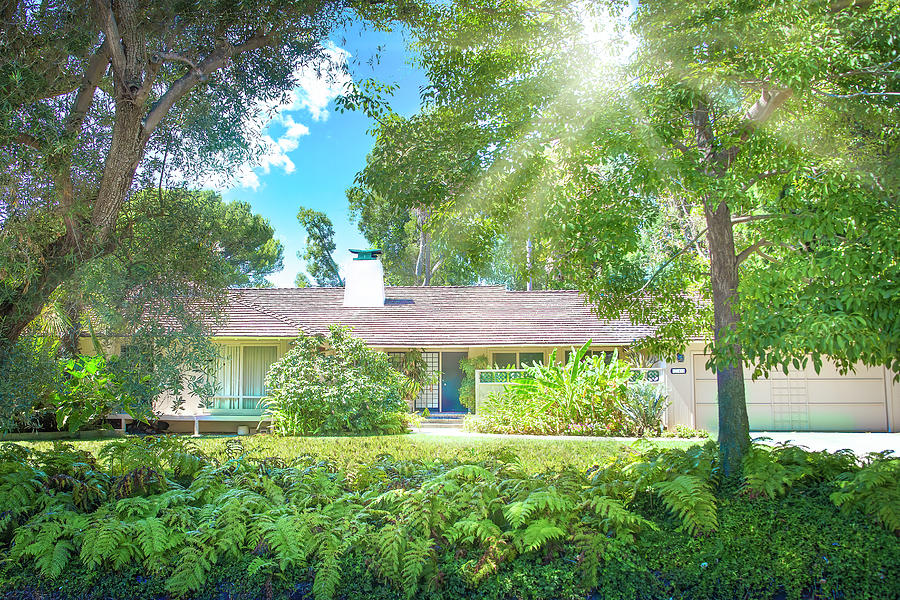 The house used as the exterior of the popular Golden Girls sitcom located in Brentwood, California. The exterior shots using this home were filmed during the first three seasons of the show. For seasons 4-7 the exteriors were filmed using a replica of this house on the backlot at Disney's MGM Studios. Unfortunately, the backlot tour is no longer and has since been replaced but the original house in California still stands.