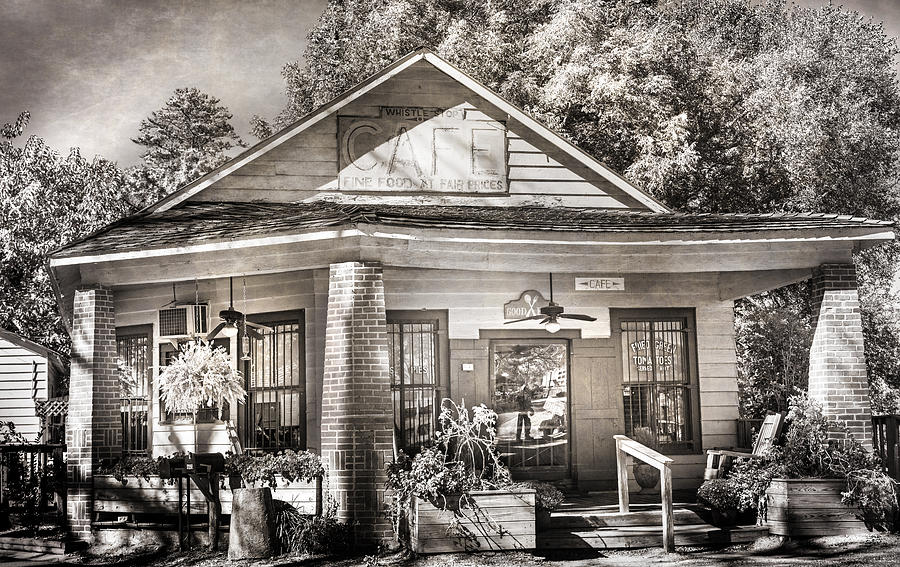 The famous Whistle Stop Cafe as featured in the classic film "Fried Green Tomatoes" starring Kathy Bates, Mary Louise Parker, and Jessica Tandy. The Whistle Stop Cafe is located in the quaint town of Juliette, Ga. The cafe was originally an abandoned building and turned into a diner for the film. Due to the popularity of the film it was re-opened as an actual diner and has become a popular tourist destination. The walls inside are adorned with memorabilia and signed photos from the film and the surrounding town has kept several of the sets and buildings used in the film. And yes, they DO serve fried green tomatoes with a variety of menu choices!