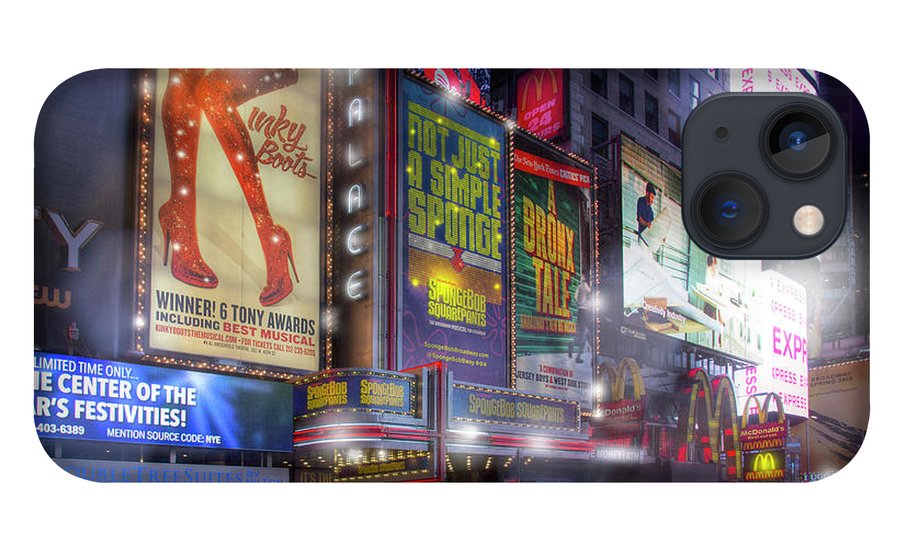 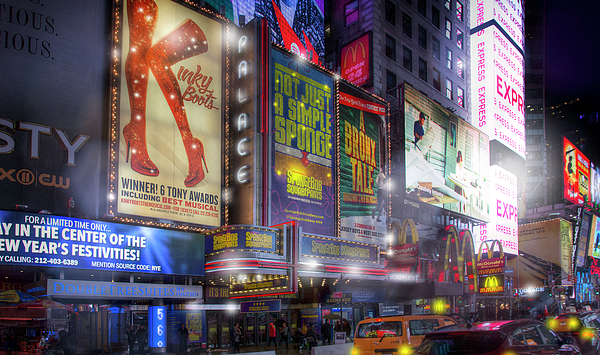 Boundary: Bleed area may not be visible.

Click and drag to re-position the image, if desired.

The image is near the edges of the product but doesn't cover the entire product.   Some of the background color may appear around the outside edges of the image.

The Palace Theater in Times Square iPhone 13 case by Mark Andrew Thomas.   Protect your iPhone 13 with an impact-resistant, slim-profile, hard-shell case. The image is printed directly onto the case and wrapped around the edges for a beautiful presentation. Simply snap the case onto your iPhone 13 for instant protection and direct access to all of the phone's features!

Protect your with an impact-resistant, slim-profile, hard-shell case.   The image is printed directly onto the case and wrapped around the edges for a beautiful presentation.   Simply snap the case onto your for instant protection and direct access to all of the phone's features!

THE PALACE THEATER IN TIMES SQUARE The historic Palace Theater marquee advertises current Broadway shows including it's own Spongebob Squarepants the Musical. Located in the heart of Times Square, the 1,740 seat Palace Theater opened it's doors in 1913 and was the leading vaudeville theater in the country for many years. Some of the greatest legends in entertainment have performed here including Judy Garland in her famous comeback shows in 1951 and 1967, her daughter Liza Minnelli, Bette Midler, Harry Houdini, Shirley MacLaine, the Marx Brothers, and many others. The Palace has also been the home to countless Broadway shows including a recent revival of Sunset Boulevard with Glenn Close reprising her Tony winning role of Norma Desmond.

My name is Mark Andrew Thomas and I'm a photographer and filmmaker currently residing in Ft. Lauderdale, FL. I grew up in Florida right next to the Everglades and although I photograph a wide variety of subjects and locations, the Florida Everglades will always be my first love. In my career I've had the honor of working with the NatGeoWild Channel, Animal Planet, Discovery Science Network, ABC HD, and other worldwide media outlets. I hope you'll find something here that speaks to you and brings you joy, rekindles your sense of wonder, or brings back a great memory of a place you've been to. Enjoy your stay and thank you for visiting! ~ Mark Andrew Thomas