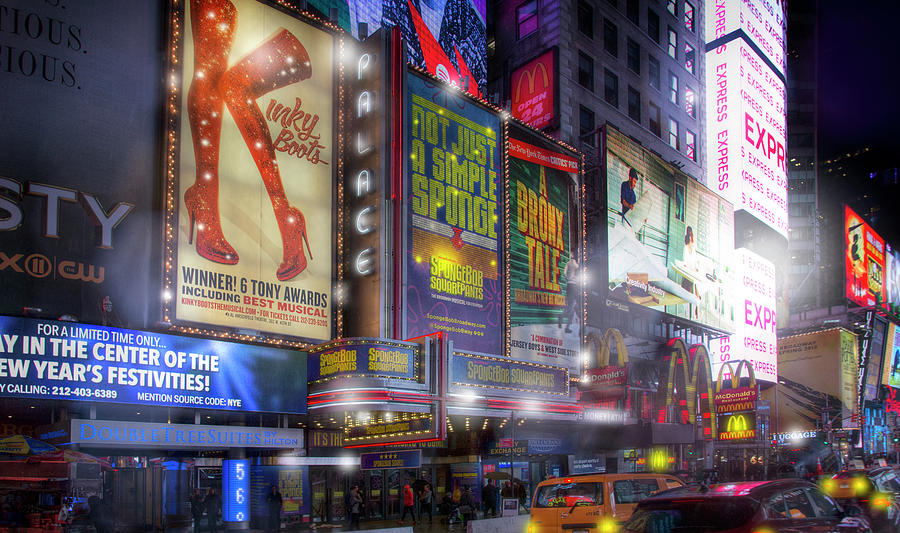 The Palace Theater in Times Square

The Palace Theater in Times Square

THE PALACE THEATER IN TIMES SQUARE

The historic Palace Theater marquee advertises current Broadway shows including it's own Spongebob Squarepants the Musical. Located in the heart of Times Square, the 1,740 seat Palace Theater opened it's doors in 1913 and was the leading vaudeville theater in the country for many years. Some of the greatest legends in entertainment have performed here including Judy Garland in her famous comeback shows in 1951 and 1967, her daughter Liza Minnelli, Bette Midler, Harry Houdini, Shirley MacLaine, the Marx Brothers, and many others. The Palace has also been the home to countless Broadway shows including a recent revival of Sunset Boulevard with Glenn Close reprising her Tony winning role of Norma Desmond.