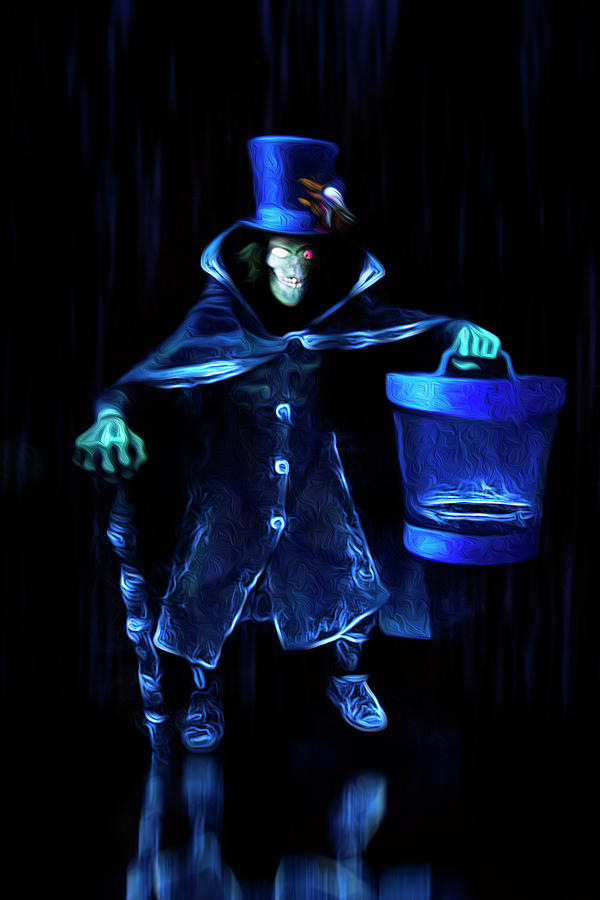 The famous "Hatbox Ghost" in the Haunted Mansion at Disneyland in Anaheim, California. It made it's debut in 1969 but was removed from the attraction shortly after. The Hatbox Ghost is an animatronic figure that is a favorite of many and was officially returned to the Haunted Mansion in 2015. The ghost holds a hatbox and then his head vanishes only to reappear in the hatbox. I also have a version of this photo with the head in the hatbox. A painterly effect was added to enhance the image.