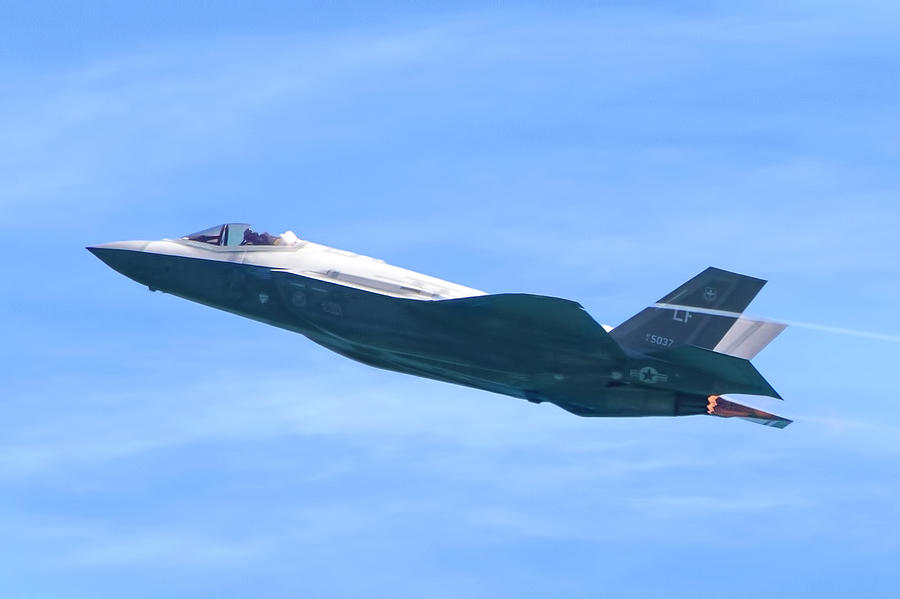 The F-35 Lighting II Joint Strike Fighter soars across the sky over Fort Lauderdale Beach during the 2016 Fort Lauderdale Air Show. This aircraft is a single engine and single seat stealth fighter. It is designed for ground attack, aerial intelligence, and air defense. The 2016 Ft. Lauderdale Air Show was the first civilian air show to feature a flight of the F-35.

It currently has three models. One for the Air Force, one for the Marines, and one for the Navy. As of this writing it is still undergoing final testing by the United States Department of Defense.