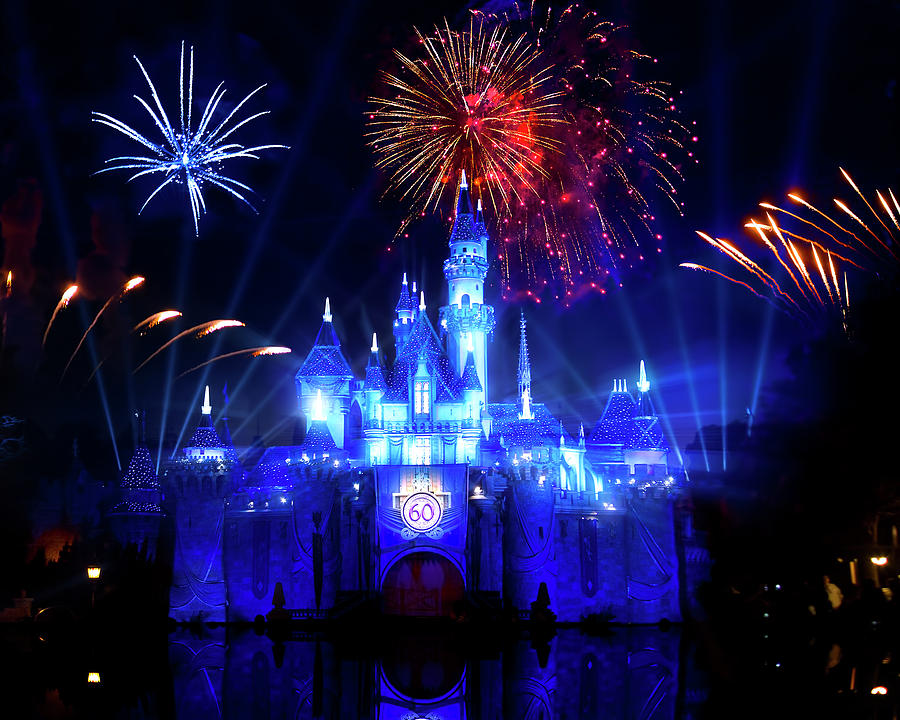 The 60th Anniversary Diamond Celebration Fireworks Show at Disneyland in Anaheim, California in 2015. In 1955 Disneyland opened it's doors for the first time and became one of the most popular theme parks in the world. In 1971 Walt Disney World opened it's doors in Orlando, Florida. Other parks eventually followed in Tokyo, Paris, and Hong Kong. Living in Florida has offered me many opportunities to visit the Magic Kingdom in the Walt Disney World Resort. There was something extra special about finally visiting Disneyland and the place where it all began and to know that Walt Disney himself actually walked down Main Street there.

This was the second night we saw the show. The first night was photographed also and can be found in the "Everything Disney" gallery right next to this one.