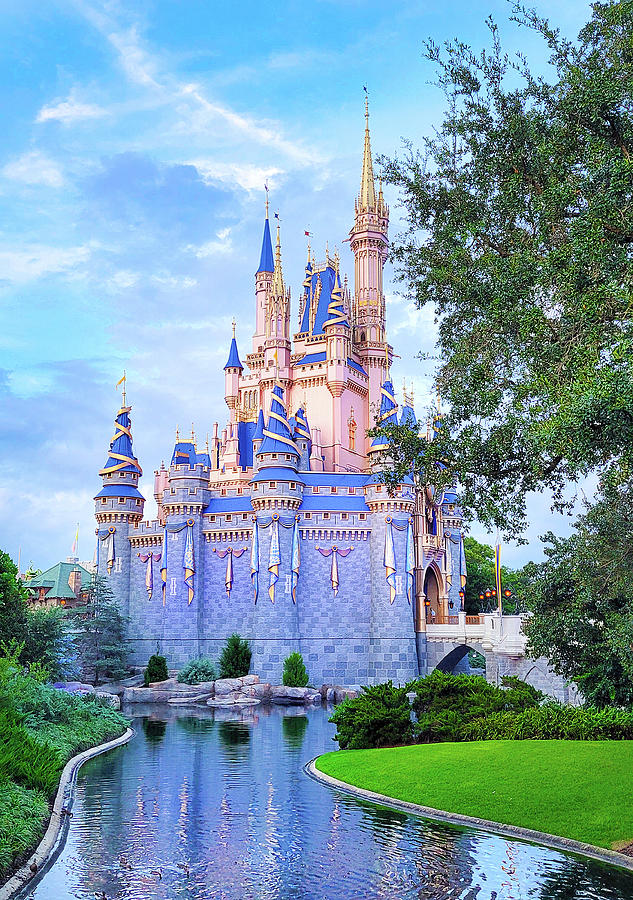 CORRECTION: The title of this piece says 60th Anniversary when it was actually the 50th Anniversary. Changing the title will break all links to this photo so I am unable to change it.

Cinderella's Castle shows off a new look for Disney World's epic 50th Anniversary Celebration. Walt Disney World first opened its doors on October 1, 1971 and has been creating magic ever since. With the opening of Epcot in 1982, MGM Studios in 1989, and Animal Kingdom in 1998, Walt Disney World became the largest and the most popular Disney Theme Park in the world.